Chang is an autodidact who currently resides in Taipei. Yung-Ta’s works take on a variety of forms such as audio-visual, experimental sound, installations and live performances. He composes time-based sculptures with field recording sources and digitally-generated noise where the exquisite and the violent co-exist. He makes high quality video work generated in real-time. In recent years, he has also collaborated with independent dancers and visual artists. His works have been featured in numerous group shows and festivals throughout Asia, Europe and elsewhere.

He studied acoustics at Kyushu Institute of Design. His performance and installation works are assembled with his self-made circuits, mechanical structures and objects found around him. He employs sound, light, magnetism or any kind of energies for his work to show physical phenomenon. His works were shown in several international festivals and exhibitions including Sónar (Barcelona, 2006), Time Based Art Festival (Portland, 2007), The Kitchen (New York, 2007), International Festival for Arts and Media (Yokohama, 2009), EXIT festival (Paris, 2010), ensembles 2010 (Art Tower Mito, 2010), Manifestation internationale d’art de Québec (Quebec, 2012). He is also an engineer of electronic devices and interactive systems for commercial projects include installations, events, films, or prototypes. 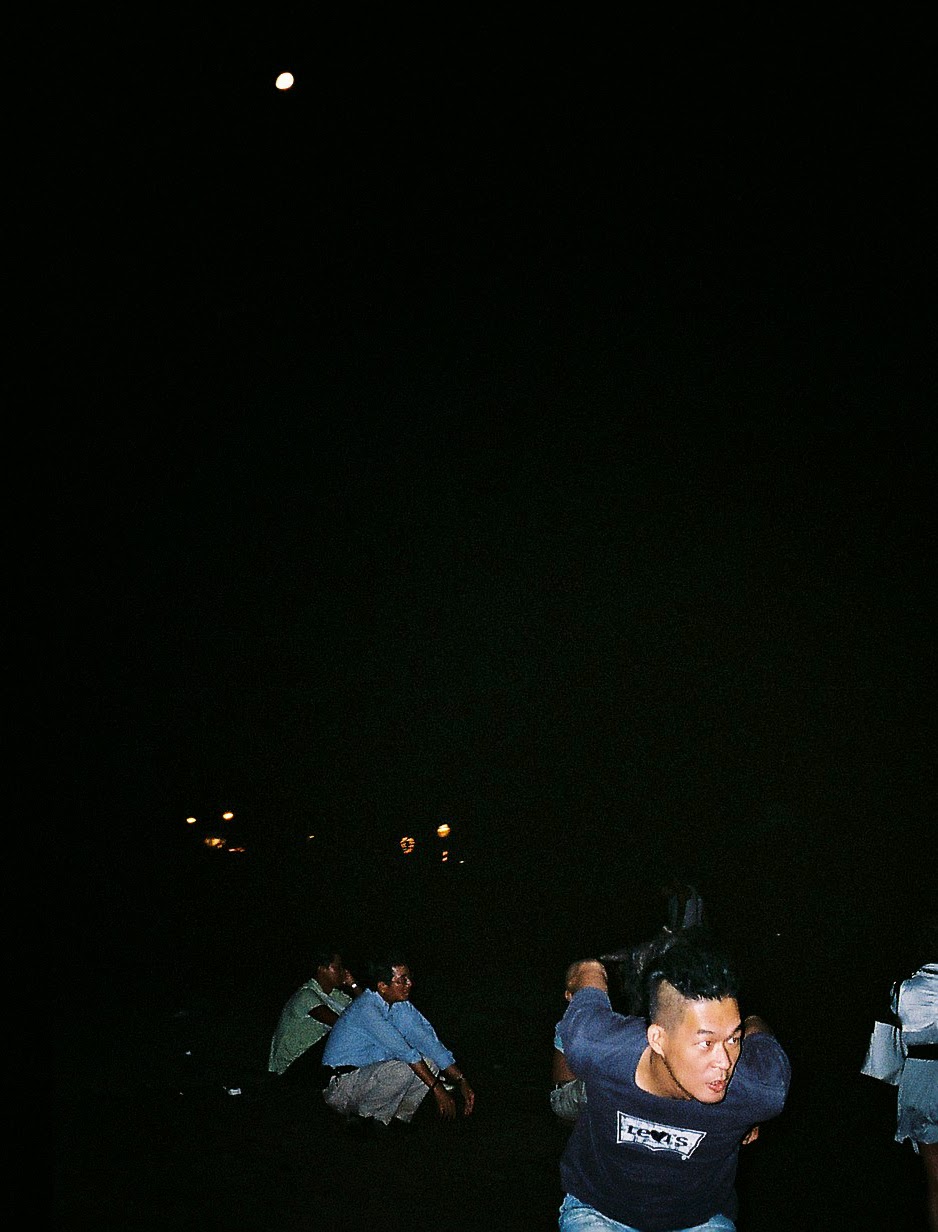 Huang studied Master of Fine Arts in the graduate school of the Arts and Technology, Taipei National University of Arts. His past works are mainly paintings and graffiti. Now he is more focused on sound/video works. He worked on projects related to economic forces, conditions of democratic production and ideas of self-organisation. He tries to use the commercial expense way to demonstrate a new form of artistic attitude, and cooperates with many Taiwan local companies, such as Spring Trading Company and Comat. Recently he worked as as a volunteer teacher in Tacloban City, Philippines while also doing research about local agriculture and eating habits. Huang already exhibited around Taiwan, Korea, Argentina, America, China, Australia and Switzerland.

Singaporean visual artist Urich Lau works in video art, photography and printmaking. He has exhibited in Singapore and other countries including Australia, China, Germany, Hong Kong, Indonesia, Japan, Malaysia, Philippines, Thailand, South Korea, Serbia, Thailand, USA and Uzbekistan. Recent exhibitions include the Singapore Biennale 2013, VII Tashkent International Biennale of Contemporary Art, and a finalist in the Sovereign Asian Art Prize 2013-14. He is an independent curator focusing on video art and working with projects in Singapore and abroad such as Indonesia, China and Germany. He holds a Master of Fine Art degree from Royal Melbourne Institute of Technology and works as an art lecturer at LASALLE College of the Arts. He is the current President of The Artist Village and a resident-artist at the Goodman Arts Centre in Singapore.

Lee obtained her Bachelor of Arts, major in Critical Intermedia Laboratory in the School of Creative Media, City University of Hong Kong in 2011. Her artworks were based on installation and performance. Her recent art practice inspiration comes from exploring the daily routines of a place or community with an adventurous attitude. Listening serves as an important connection between the world and herself in order to feel the movement of every single moment. She loves to listen to the sounds of/from nature, and yet, she is addicted to the noises of the city. She would like to expose her thought on the relationship between different dimensions of sound and herself in her artworks. The sound performance “delight” & “Listen to my Journey in Taiwan” seem to be extremes in terms of texture of sound, but she is more concerned with the power of sound in the performance. She has exhibited in South Korea, Netherlands, Macau, Taiwan. 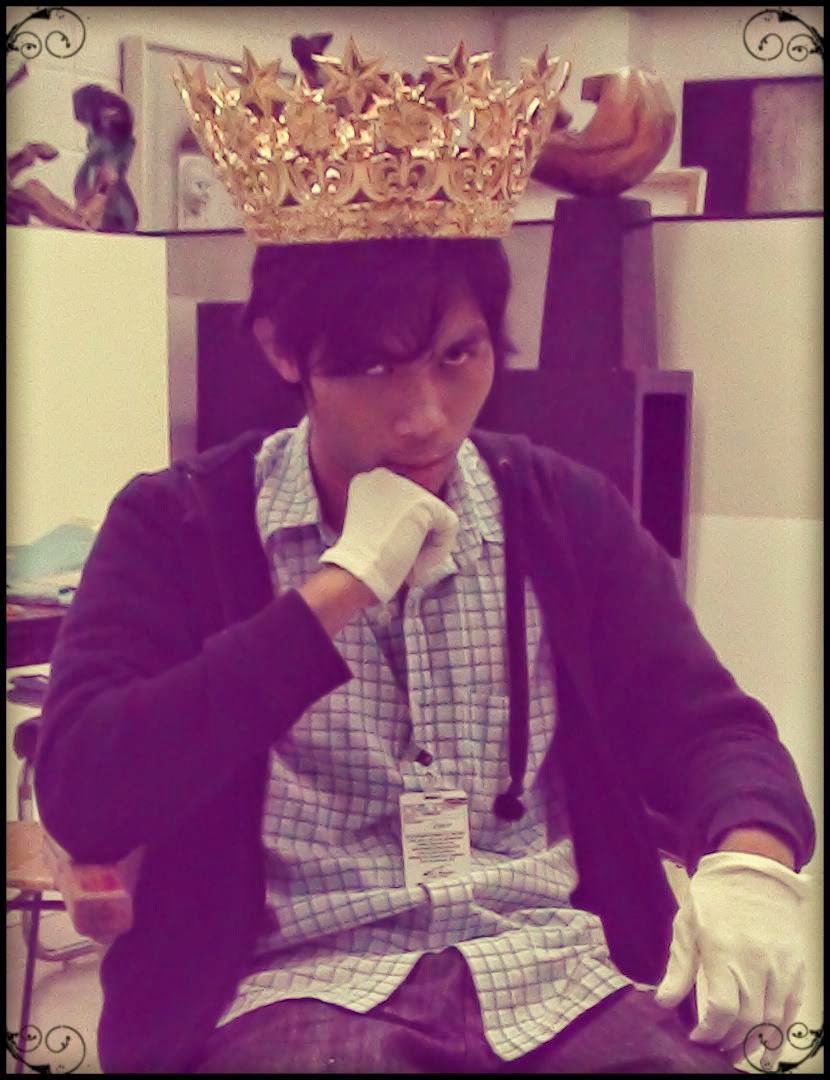 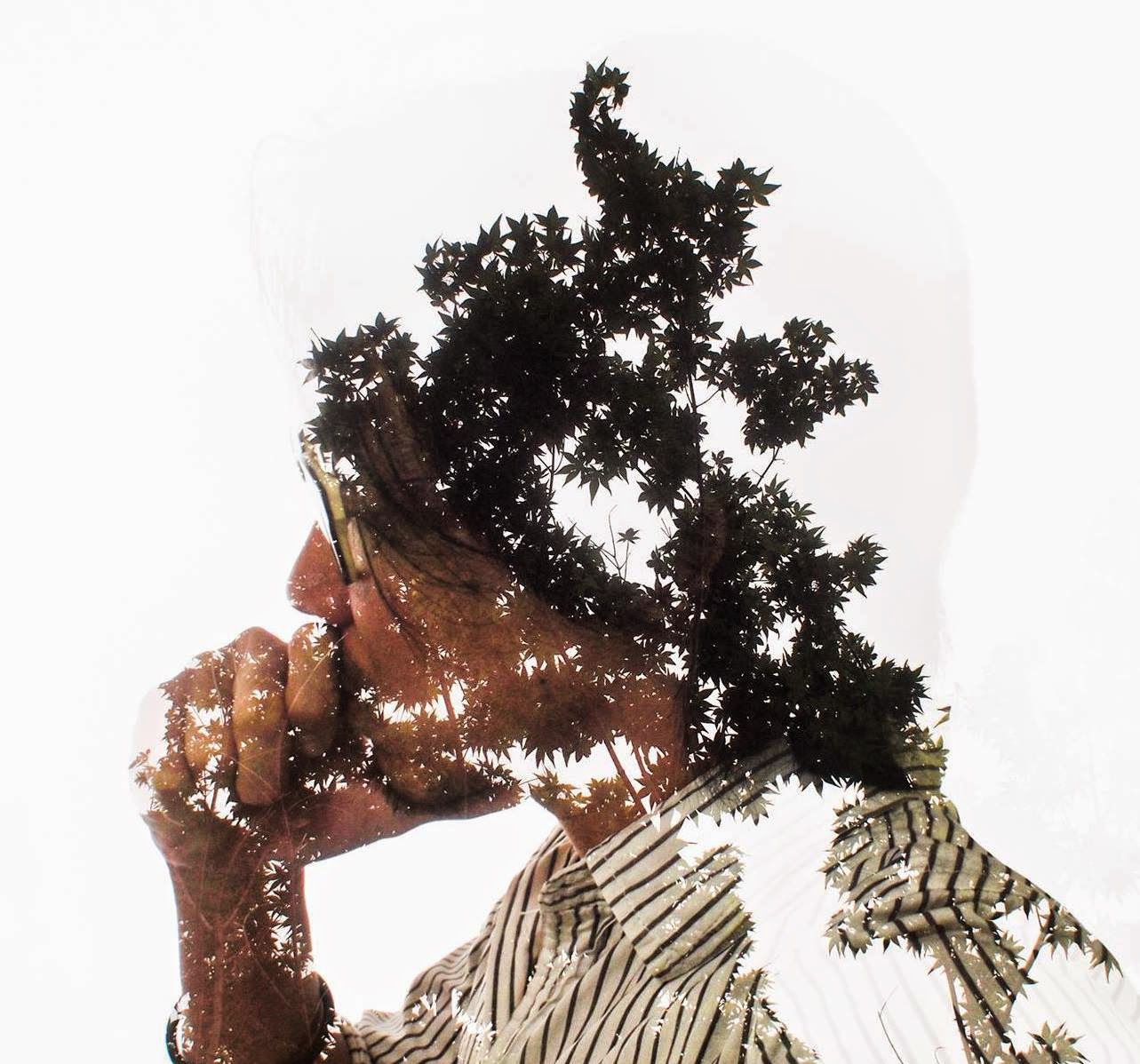 Lim works with new technologies to explore and investigate the human dimension of technological development and discourse. Most of his works take the form of (interactive) installation. Existence and the meaning of life are central themes, especially in relation to the way in which the experience of life has been drastically altered by cyberspace interaction and other contemporary phenomena related to digital technology. When You Are Not Your Body (2008) tackled the disembodied culture of chat and email in which the physical body becomes secondary. He participated in Mediations of Locality, an artist in residency project organised by Dislocate, Tokyo, 2009 and set up Media Art Living Lab (MALL) during his time as the Head of New Media Department at the Faculty of Creative Multimedia at Multimedia University (MMU). He is currently lecturing at Global School of Media in Soongsil University, Korea.


Pimkanchanapong lives and works in Bangkok, Thailand. He applies his training in architecture in space and design to a diverse practice that includes animation, video, installation, and commercial graphics and display. With an ongoing interest in mapping, distortion and repetition, his works often take the form of spatial objects or landscapes — urban, sonic, constructed or imagined. As an artist, he is inspired by the possibilities of working with everyday materials such as paper, wire and clips, to create powerful and often interactive environments. Pimkanchanapong’s recent works have drawn audiences into the creative process, enhancing accessibility and generating an active understanding of contemporary art and its role in public space. Pimkanchanapong’s many collaborations — including the Fat Music Festival, Bangkok, and Soi Project, an ongoing ‘laboratory’ bringing together artists and practitioners from a range of disciplines — have broadened his artistic reach and encouraged a level of experimentation. For APT6, he will create a site-specific installation that responds to and transforms the dramatic interior spaces of the Gallery of Modern Art.

Salvatus often deals with familiar objects, chance encounters, urbanism and everyday politics that cross various media from drawings, installations, photography, street art to interactive and participatory projects. He had exhibited at Vargas Museum, Ateneo Art Gallery, The Drawing Room (Manila), La Trobe University Visual Art Center (Australia), Koganecho Bazaar (Japan), Jakarta Biennale, Singapore Biennale, Guangzhou Triennale and Goyang Art Studio in South Korea. He is a recipient of the Thirteen Artists Award from the Cultural Center of the Philippines (2012) and the Ateneo Art Award (2010). In 2006, Mark co-founded Pilipinas Street Plan, a community of street artists based in Manila and in 2012 and 98B Art Collaboratory, a multi-disciplinary site for creative sharing, discussion and collaboration.

Tang is a mixed media artist and independent curator whose works appropriate daily and personal contexts which are intended to get involved between daily life and art towards different issues, and focuses on the occasion, space, time and way of encountering images or symbols to explore hidden rules in living and existing context for self-expression. In his view, art is about selecting or underscoring something in a complete sentence, to remove is to emphasize what remains. He received his Master of Fine Arts from the Chinese University of Hong Kong in 2008 and Bachelor of Arts (major in Fine Arts) in 2006. His artworks were shown in Hong Kong Museum of Art; Ice Palace, Miami, U.S.A.; Esplanade, Singapore; Singapore Art Museum; Venice Arsenale, Italy; Vargas Museum, Manila, Philippines, etc. He was awarded the first prize at Hong Kong Biennale 2009; selected by Sovereign Asian Art Prize 2010 and 2011; awarded the Special Award “Personal Exhibition” by the 5th International Arte Laguna Prize; awarded the Young Artist Award by Hong Kong Arts Development Awards 2010. Collectors of his art include Hong Kong Museum of Art, Deutsche Bank, Amelia Johnson Contemporary and private collections over the United States, United Kingdom, Australia, Singapore and Hong Kong. 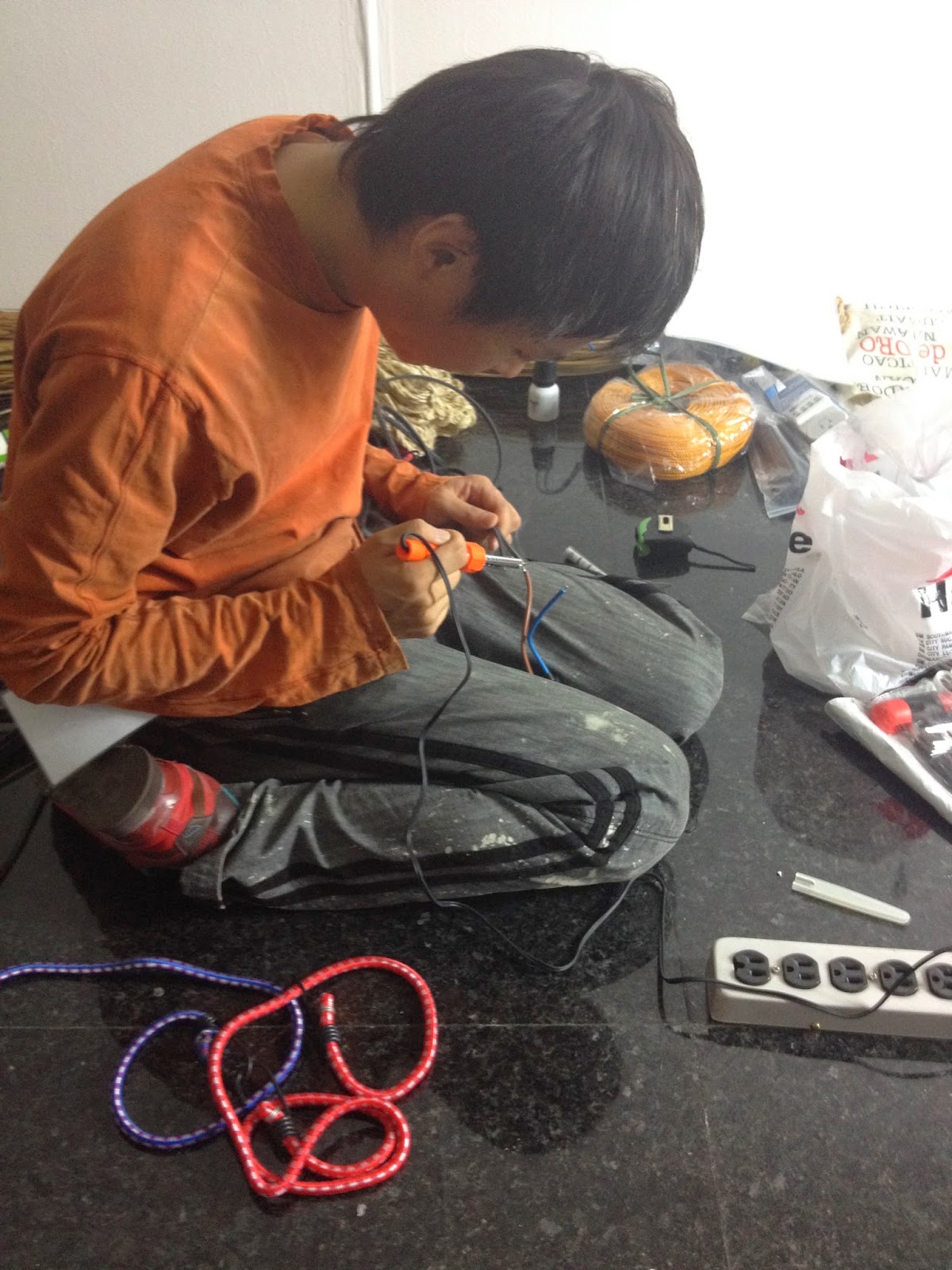 
Umeda works crosses disciplines and sites, and has various contexts that range from the performing arts, to improvisational music and art exhibitions. He has actively collaborated with a number of visual artists and musicians. He focuses on time-processes with simple physical phenomena of light and sound and expands them into site-specific live installations. Recent activities include his solo exhibitions 大きなことを小さくみせる [show big things as if they were small] (Kobe Art Village Center, 2011), and 小さなものが大きくみえる[small things that it seems big] (Shin-Fukujyusou, Osaka, 2011). He has taken part in international exhibitions such as Double Vision: Contemporary Art from Japan (Moscow Museum of Modern Art / Haifa Museum of Art, 2011), x_sound: John Cage, Nam June Paik and after (Nam June Paik Art Center, 2012), and Aichi Triennale 2010 - Arts and Cities (Futaba building, 2010). He is based in Osaka.

Chris BROWN, composer, pianist, and electronic musician, creates music for acoustic instruments with interactive electronics, for computer networks, and for improvising ensembles. Collaboration and improvisation are consistent themes in his work, as well as the invention and performance of new electronic instruments. He also writes his own interactive music software that he uses in his compositions and improvisations. Recordings of his music are available on New World, Tzadik, Pogus, Intakt, Rastascan, Ecstatic Peace, Red Toucan, SIRR, and Artifact labels. Some recent performances include as featured composer/performer on the Donaueschingen MusikTage in 2009, and the premiere of Gangsa, for gongs and live electronics in 2010 at the Ugnayan Festival at the University of the Philippines. He is a Professor of Music at Mills College and Co-Director of the Center for Contemporary Music (CCM). http://www.cbmuse.com 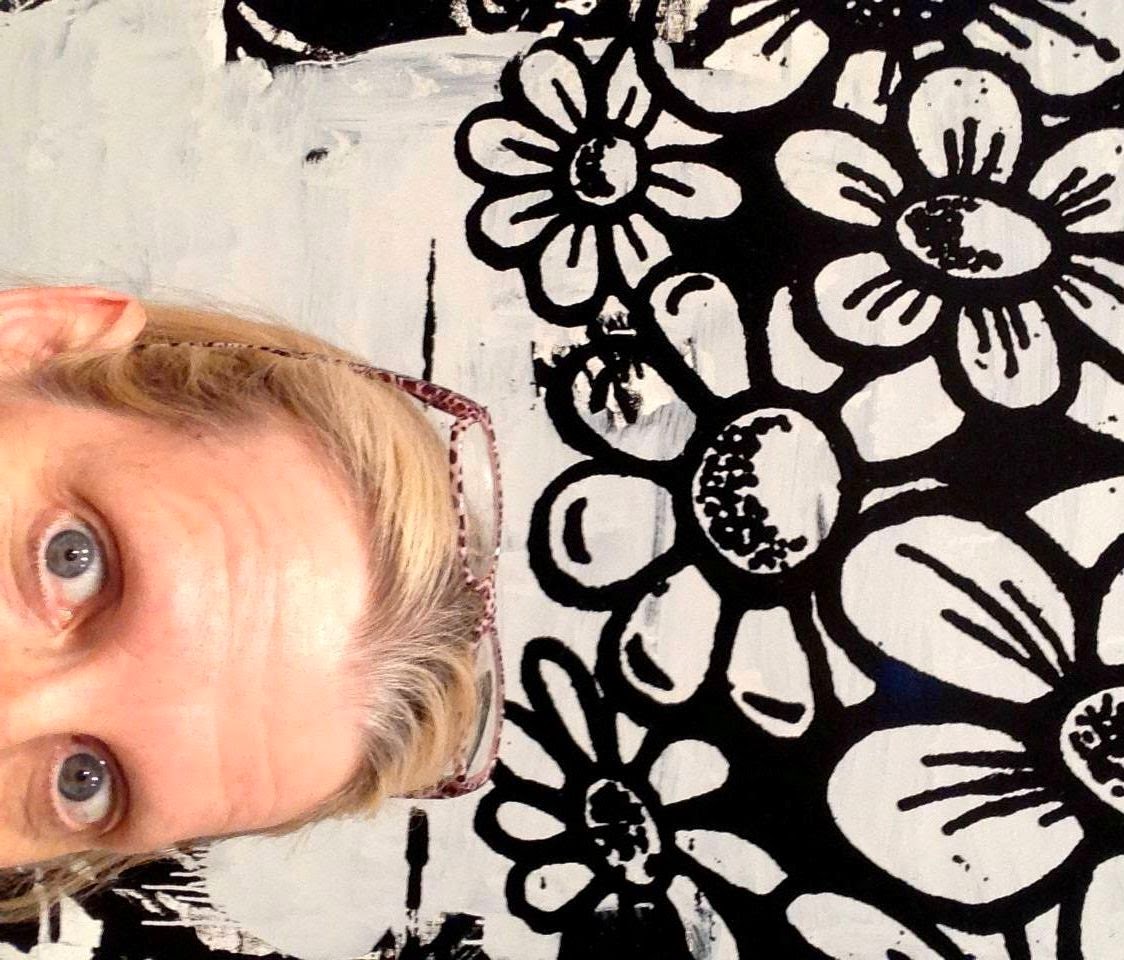 Johanna POETHIG has exhibited her works internationally. Her public art intervenes in the urban landscape, like “Ang Lipi ni Lapu-Lapu,” the 90 foot high mural on Filipino immigration to the United States in San Francisco. She has exhibited at the Yerba Buena Center for the Arts, San Francisco, SFMOMA Artist’s Gallery, Berkeley Film and Video Festival, Aljira Center for Contemporary Art in Newark, NJ, The Los Angeles County Museum of Art, The Bronx Museum, Boston Center for the Arts, New Langton Arts, Pro Arts, The Luggage Store Gallery, Headlands Center for the Arts, The Lab and Mag:net Gallery Katipunan in Manila. She is a Professor of Painting and Public Art at the Visual and Public Art department at California State University, Monterey Bay. She grew up in the Philippines and currently lives in Oakland, California. www.johannapoethig.com

Ernest CONCEPCION  was born in Manila. He received his BFA from the University of the Philippines-Diliman. In 2002, he moved to the United States and has since participated in art residencies including The Lower Manhattan Cultural Council (LMCC) Workspace Program, the Bronx Museum of Art Artists-in-the-Marketplace (AIM) Program, the Artists Alliance Inc. Rotating Studio Program, the Lower East Side Printshop Keyholder Residency, the LMCC Swing Space Program at Governors Island with The Shining Mantis. He has also completed a residency in Beijing via the NY Arts Magazine. He was a New York Foundation for the Arts (NYFA) finalist and was nominated for the Joan Mitchell Foundation Painters and Sculptors Grant. He participated at El Museo del Barrio’s New York LA BIENAL, and had his first solo show at the UP Vargas Museum. He divides his time as a full time artist working between Manila and Brooklyn. http://www.ernestconcepcion.com