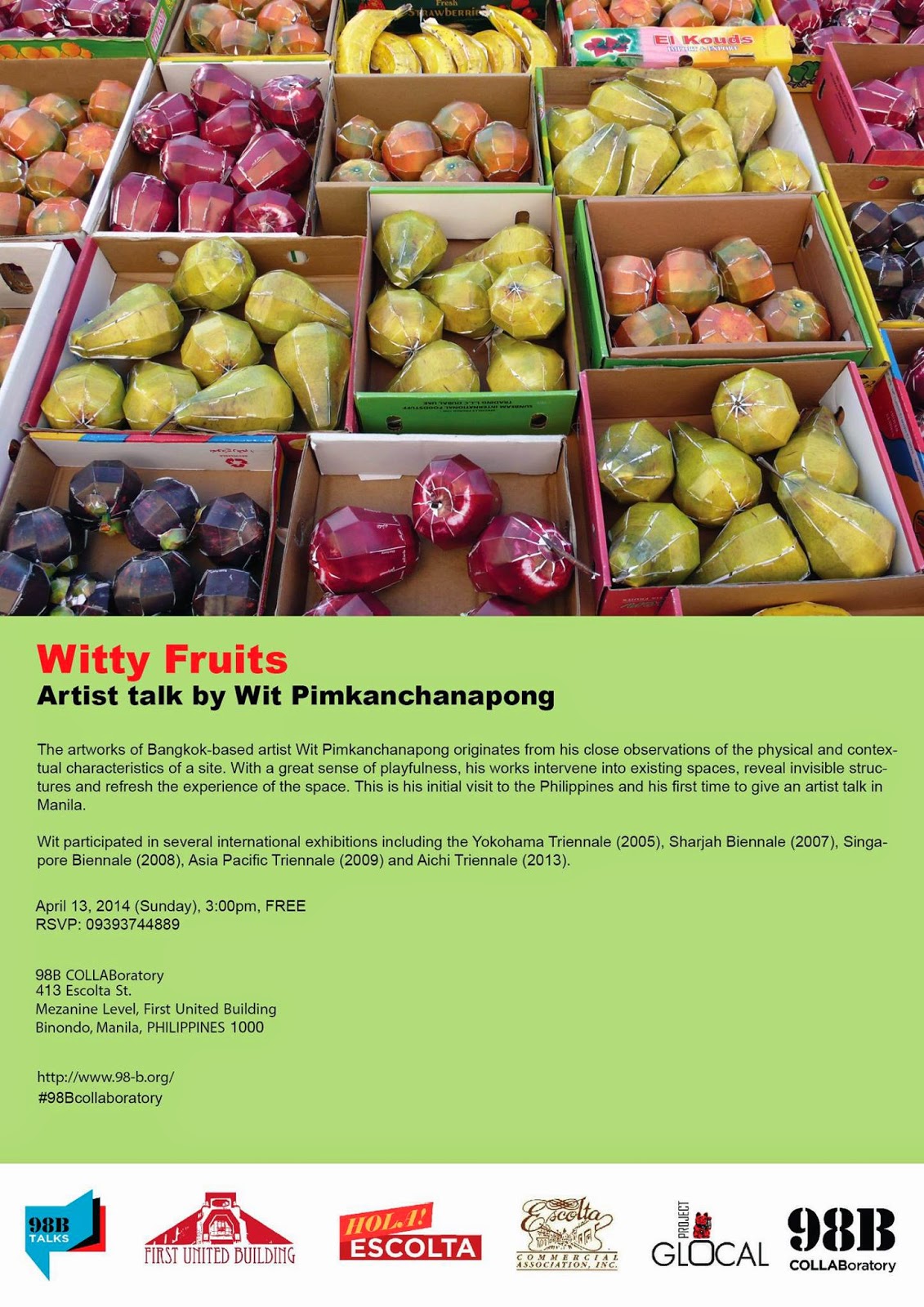 Thai artist Wit Primkanchanapong delivered his artist’s talk in Manila last April 13, at 98B, the Escolta based art collective. Witty Fruits looks at how his art originates from his close observations of the physical and contextual characteristics of a site. There is a great degree of playfulness in his works, as they intervene into existing spaces, reveal invisible structures and refresh the experience of the space.


As this was Wit’s initial visit to the city, it would be interesting to see what sort of interplay between the spaces he would come up with for Manila Transi(en)t.